January in a Nutshell

Well, howdy! I have started several posts since the calendar changed to 2017, but with Titus being more mobile, it seems posts never make it past the draft stage.

Below are a few videos and pictures to sum up our January!

SNOW!!!! And SO much of it! We have had a white blanket on the ground for weeks, but it has just begun to melt. The temperatures dropped into single digits (in Fahrenheit!) at times, but usually fluttered slightly under freezing. Last Thursday the sun appeared and began to warm things up a bit. Clark and I were both surprised by how much we enjoyed a real winter. We have been warned that it is not quite over yet. 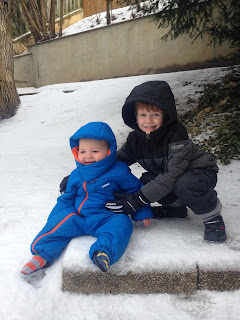 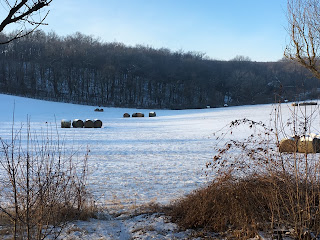 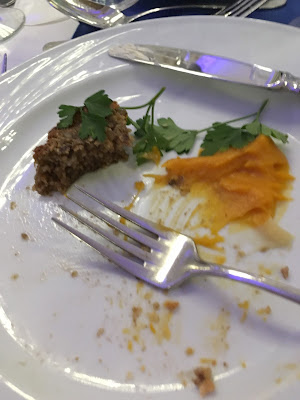 Clark and I went to our first Burns' Supper in honor of Scottish poet Robert Burns. It was such a fun night filled with kilts, bagpipes,  Scottish music, dancing, Gaelic poetry reading, and food. Clark and I got all dressed up for an evening on the town, and the only picture I took was of my plate of mostly eaten haggis. I pretended the haggis was boudain, and I was able to eat it with little reservation. It was actually quite tasty!
I went on to the Burns Foundation Facebook page and found this picture of Clark and me dancing! I wore a blue skirt, not even thinking about it being the color of the Scottish flag!

For the past two weeks, we had been battling illness at our house. The children sweetly shared a virus amongst themselves, and with the addition of ice and impassable roads, we were stuck at home for a while. Last weekend we escaped the confines of home and ventured to City Park (Varosliget). We didn't make it in time for ice skating on the pond, but we found a delightful cafe where we could watch the Zamboni clear the ice while sitting in warmth. We enjoyed a delicious Hungarian lunch of chicken paprika and goulash followed by sour cherry strudel and cappuccinos. 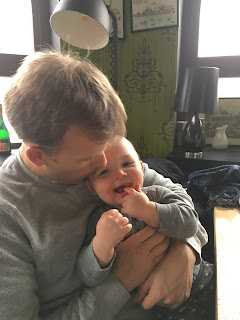 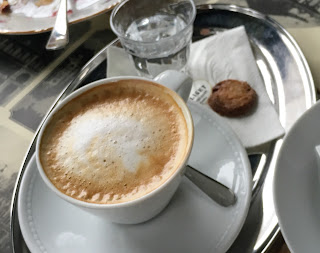 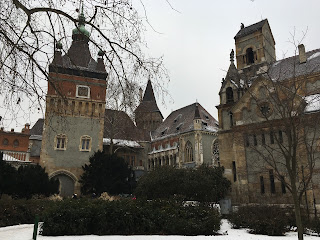 After our lunch, we walked around the grounds of the Vajdahunyad Castle, a beautiful 200+ year old castle nestled in the middle of the park. 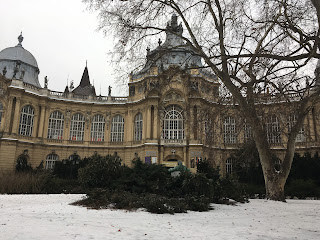 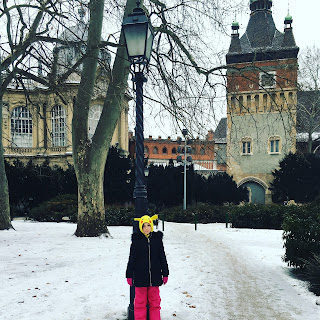 Though it was gorgeous, we began to get quite cold. The Szechenyi Baths were just across the street, but Clark and I weren't sure about taking all three kids for our first thermal bath experience. We hopped on the subway and headed home. 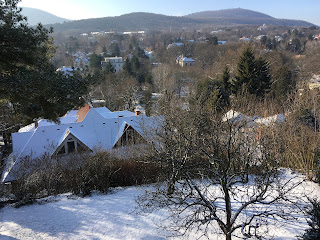 We have enjoyed Budapest during its coldest weather since 1985. Snowpants, snowboots, and heavy coats have been fun additions to our wardrobes. We know we are adapting to life here when we think 30 degrees F is warm.

Enjoy your days wherever you are, and know that we send love and blessings from Budapest!


Posted by Unknown at 11:13 AM No comments:
Email ThisBlogThis!Share to TwitterShare to FacebookShare to Pinterest
Newer Posts Older Posts Home
Subscribe to: Posts (Atom)